He is considered by most to be the greatest race car driver of all time.  It’s no wonder.  Mario Andretti is one of only two drivers in history to win races in Formula One, NASCAR, Indycar, and the World Sportscar Championship.  He is the only driver to be dubbed United States Driver of the Year in three different decades. END_OF_DOCUMENT_TOKEN_TO_BE_REPLACED 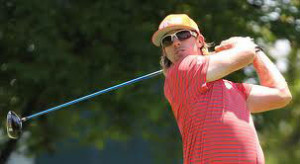 An unexpected call — your manager runs over, phone in hand. Kandi, your wife, has just gone into labor — three weeks early! What do you do? END_OF_DOCUMENT_TOKEN_TO_BE_REPLACED

“I am not ashamed to admit that no man I ever met was my father’s equal, and I never loved any other man as much.”

This story is courtesy of Joe Bonsall & The Oak Ridge Boys.

This story is told through melody and verse. Joe Bonsall and the Oak Ridge Boys have a special treat for you today as they perform “G.I. Joe and Lillie”.

“He was a streetwise kid from Philly. Just 1944, joined up in Uncle’s army, hit the beach before the war. A decorated hero…”

His daughter, Amanda, was born the next day. END_OF_DOCUMENT_TOKEN_TO_BE_REPLACED 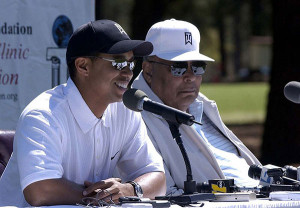 A retired Army Lt. Colonel, Earl commented, “I tried to break him down mentally, tried to intimidate him verbally, by saying, ‘Water on the right, OB (out of bounds) on the left,’ just before his downswing.” END_OF_DOCUMENT_TOKEN_TO_BE_REPLACED 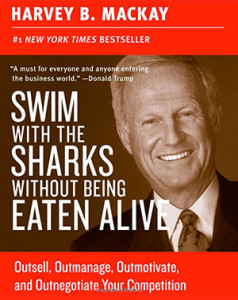 “Growing up, I realized that it just wouldn’t be right to follow in my dad’s footsteps. END_OF_DOCUMENT_TOKEN_TO_BE_REPLACED

“You should live every day like it’s your last day ‘cause one day you’re gonna be right.”

“My child arrived just the other day.
He came to the world in the usual way
But there were planes to catch and bills to pay.”

You know the song… “Cats in the Cradle.”

What few people know… It was a poem written by Jen’s mom, Sandy. “Mom and dad’s relationship was based on sharing poetry and ideas,” says Jen. END_OF_DOCUMENT_TOKEN_TO_BE_REPLACED