“You should live every day like it’s your last day ‘cause one day you’re gonna be right.”

“My child arrived just the other day.
He came to the world in the usual way
But there were planes to catch and bills to pay.”

You know the song… “Cats in the Cradle.”

What few people know… It was a poem written by Jen’s mom, Sandy. “Mom and dad’s relationship was based on sharing poetry and ideas,” says Jen.

A few lines more… then we’ll share a few of Jen’s thoughts about her remarkable Dad. 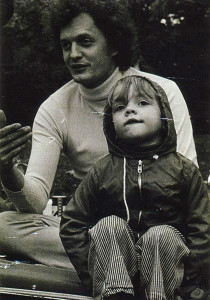 Jen with her dad Harry Chapin

Jen’s mom wrote the words. Her dad wrote the music,

and he sang the song. It climbed to #1 in 1974. The family’s life changed irreversibly from that point on.

Dad traveled and performed. Much like the dad in Harry’s famous song, “he was gone too much,” says Jen. But Harry was not the dad in that song.

While he was gone a lot, when he was home he was Super Dad. Together, Jen and Harry built a dollhouse. Not just any dollhouse — one built to the scale of her favorite 7-inch tall rag doll.

Games, reading, and singing songs. Harry devoted his spare time to Jen, her three brothers and sisters, and Mom.

When he could, Dad took the family on tour. You can hear young voices chattering in the background on a few of his radio interviews, much to the dismay of the station crew.

But that’s how Harry Chapin, the entertainer, “performed” as a dad. What mattered most? Sandy and his five kids. Harry wanted the family to be part of everything. Sandy also worked hard to ensure that the family had special times together. That’s good advice for you busy parents out there.

Harry Chapin, successful entertainer and dad, died much too young — at just 38 years old. A tragic accident on the Long Island Expressway in 1981. Jen was just ten. 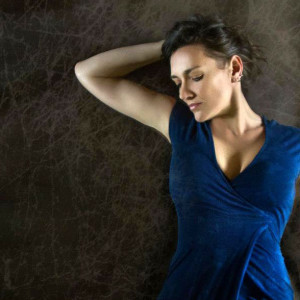 “He’s been gone longer than I had him now,” says Jen.

“I’ve had a lot of time to process it. If I ever feel a twinge of sadness, it’s because he doesn’t know his grandchildren.” (Jen has two sons, Maceo and Van).

As Father’s Day approaches, Jen says she reflects on her father’s legacy, “He’s omnipresent in my life. I’m lucky to have all those reminders — the vivid audio, video of him performing. His fans who remember him. He’s everywhere. Most people who lose a loved one don’t have that.”

So what do we learn from dads who die young? Perhaps it’s best summed up in the words from a Harry Chapin song. It is also the epitaph on his gravestone, a reminder to all.

“I Wonder What Would Happen to this World…”

“Now if a man tried to take his time on Earth
And prove before he died what one man’s life could be worth
Well I wonder what would happen to this world.”

Sometimes we tend to live like life never ends… and then it’s too late.

Value your time on earth. Make each minute meaningful, each hour count. And, of course, spend time with your kids.

Jen’s “Feed Your Baby” from her new album “Reckoning”:

Jen Chapin is a Brooklyn-based musician, mother and activist. Her music is “urban folk soul”; critics have hailed it as “brilliant, soulfully poetic” (NPR), “thoughtful… worth-savoring” (People), “addictive” (Boston Globe), “smart, observant, lyrically deft, politically aware and emotionally intuitive” (Milwaukee Journal-Sentinel). Jen is passionate about hunger issues in America and serves on the board of WhyHunger, which her father founded. She is often on tour with her husband, bassist Stephen Crump, with kids Maceo and Van in tow. Sample or purchase her latest album, Reckoning, here: http://www.cdbaby.com/cd/jenchapin2.