Today’s story is from Annette Barnard.

I considered my assets. It wasn’t my product — I offered the best. But my marketing department… well, it needed some help. 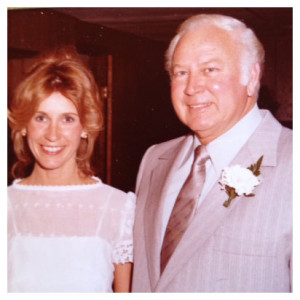 Annette and her father, Walter A. Williamson

I typed away. A draft emerged. Not my best, but it would do. An advertisement of sorts; I’d plaster the neighborhood. “Dad, can I use your mimeograph machine?” I asked (this was before the days of printers). Again, my Dad complied. “Just make it shine,” he said.

I printed out 20 copies and circled the neighborhood riding my bike. One for every mailbox in sight. Then I waited.

What happened? Nothing! My flyer flopped.

I went back to my father. “Dad,” I cried. What should I do?” my sad flyer in hand. Dad grabbed that paper out of my palm. He examined the remnant of my failed plan. Then guess what he said?

I expected sympathy; a pat on the back. At least a “you did your best.” I was ticked. So I stewed a few days. But I couldn’t stop thinking about those two simple words. “Do better”? I decided, I’d show him. Do better? That’s what I’ll do.

And I did. I thought extra hard. What could I do? I had an idea. The flyer became “The Canterbury Knight”, named after our neighborhood. Contests and drawings. Local announcements. Snippets of neighborhood news. I even added a column of jokes. The phones lit up. I was booked solid. I even raised rates. The Canterbury Knight saved my business. 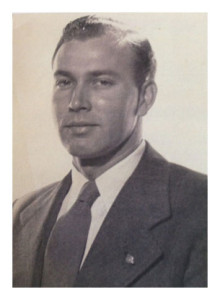 And the competition? I was too busy to care.

Do better. The words of a man who walked what he talked. A survivor of the Depression, my dad who was determined to rise. He did, big time. Dad became a self-made millionaire with no one to open doors, no formal training, and no college education.

You know the “exploding money” that banks use to catch bank robbers? My Dad invented it. And the frozen popsicles kids love in summer? That was Dad too.

What did I learn from my dad? I never remember Dad sitting down to tell me I could do anything I wanted. Instead, he set an example; he showed me how.

What was Dad’s how? If things aren’t working out, dig deeper; figure it out.

Dad inspired me. I went from a high school dropout to Commencement Speaker of my University.

Do better. Dad did, and I did too.

Annette is a retired educator living in Scottsdale Arizona. She dedicated her professional life to putting children in the best possible position to succeed academically, socially, and emotionally. Annette was a special education teacher, a regular education teacher and a elementary school principal. She has a wonderful grown daughter, two fabulous grandchildren, and a great son-in-law. Annette is happily married. Annette has earned many awards and acknowledgments in her life, but one of the most precious was the understanding that her Dad was proud of her.

Volume 1 of The Canterbury Knight