Today’s story is about Air Jordans and Brian Hague. 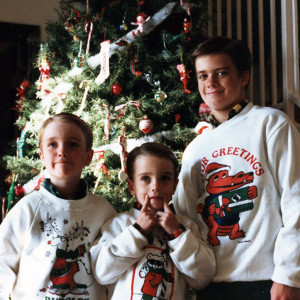 The Hague brothers, Corey, Casey, and Brian (l to r)

Over time and after a few missteps, we tend to learn the inescapable trade-off between better, faster, and cheaper. It’s a great lesson to share with our daughters and sons.

The year was 1985. Nike had just released the “Air Jordan,” named for the Chicago Bulls’ draft pick and superstar, Michael Jordan. At the time, these were the most expensive basketball shoes on the market.

Michael Jordan wore a pair of Air Jordans for every game that 1985 NBA season. But the Air Jordans’ red and black color scheme was banned by the NBA. So Jordan was fined $5,000 for every game he wore the shoes (which Nike happily paid in exchange for all the “buzz” about the shoes). The NBA ban only heightened the shoes’ coolness factor. 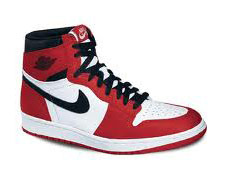 Now, you might ask, did my seven-year-old son really need an expensive pair of basketball shoes? No. But did I make sure they were under the tree that Christmas? Absolutely. I got what I wanted, when I wanted it… but paid the price.

Suppose you’re shopping for a gentleman’s suit. You might find excellent quality at a reasonable price by visiting a custom tailor who orders from Hong Kong. The downside? You have to wait. You get better & cheaper. You don’t get faster.

Or, you could go to Kmart. You get cheaper & faster. But you don’t get better.

Or, you could go to Saks. You get better & faster. You don’t get cheaper.

A good lesson for Dads to share with their kids.