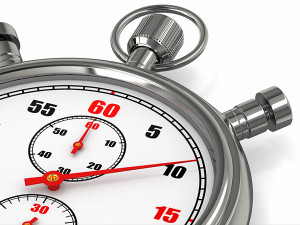 “NO” was the only word I heard.

Day after day, appointment after appointment, the answer was NO. Sellers wanted experience. NO ONE wanted a fresh off the press, green as a goon, newbie.

As usual, Chubby came to the rescue. He told me I needed an indisputable “WHY ME.” Something so easy to understand that people would “get it” in eight seconds.

Virtually word for word, Dad said, “Greg, you need an irrefutable reason why you and you alone should be the runaway choice to sell anyone’s home.”

Well, I started reeling them off.

Better Service? “NO” said Chubby. “Everyone says that. Few believe it. And, sellers could care less about how often you call or show up. They don’t want to be smothered with honey. They simply want a fast sale at top dollar.”

Faster Sale? “RIDICULOUS” replied Dad. “No one will believe an inexperienced kid could sell their home faster.”

Higher Price? “SILLY” he said. “List homes too high and they will never sell. You’ll not only go broke, your clients will tell everyone you’re a liar.”

With most home sales, both listing and selling agents are involved. It’s rare when a listing agent happens to find the right buyer for one of his/her listings. So typically, the 6% commission is split, half and half.

I had a thought. What if I offered my entire 6% commission to any selling agent who sold my listings? It would attract agents (and their buyers) to my listed homes like flies on a sweet bun.

Wow, I thought. I could tell sellers that they’d be crazy to list with anyone else. With me, they were essentially listing with every agent in town. Why? Because agents would earn as much on my listings as if they sold their own (the full 6%). My listed homes would be first on every agent’s list to show buyers. A HOMERUN FOR MY SELLERS!

How could sellers list with anyone else? I was offering double the commission to attract agents to show their property. More showings. Faster sale. Higher price.

And, to make my proposition more attractive, I told every seller that they could cancel at any time if they didn’t think my program was working.

Could I get it across in eight seconds? Easy. I’d say something like this,
“I’ll offer my entire 6% commission to any agent who sells your home before I do. It’s a race but you can’t lose. They’ll be standing in line at the door. Your home will surely sell faster and for bigger $$. If it doesn’t work, fire me anytime. You can’t lose.”

Did it work? You bet. I snagged virtually every listing in the area within a matter of months. At 19. Inexperienced. Green as a goon. Why?

An indisputable 8-second WHY ME?

But wait! What about $$$? I was earning nothing per sale, giving away my entire commission. Surely I’d go broke.

Think so? Tune in tomorrow to see… 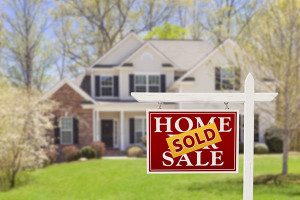