He played trumpet as a kid, but eventually moved on to guitar. I still remember the first song he played for us, He’s Got the Whole World in His Hands. Over the years, Dad played many instruments (bass, drums, Native American flute, didgeridoo), but came back to the guitar later in life.

Growing up, I dreamed of strumming the guitar like my dad.

But I was a petite girl, holding a giant acoustic guitar on my lap was burdensome without even trying to play it. As I got a bit older, I had already convinced myself that it was too difficult, so why even try?

I opted for violin briefly, but that was short lived. I sang in the school choir from elementary through high school. Some of my friends played guitar, and I admired their ability to play and sing simultaneously. I wanted so badly to be able to do that!

But I was already convinced — too difficult for me. 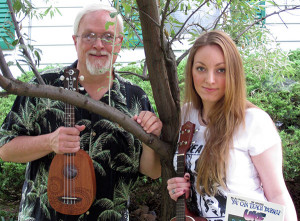 Rebekah and Dad with ukuleles

However, that’s not how I was raised. Dad always taught me that anything really was possible growing up. He was (and still is) a no limits, anything’s possible, “all in” kind of guy. Some people are taught to think outside the box, but for my dad, the box didn’t even exist. “You never know until you try,” he would say. So it was a little disheartening to feel like there was something I could not do.

In my twenties, Dad played a lot of acoustic blues guitar, and even some classical on the nylon strings. He had quite a collection of “axes” (guitars) by then.

I remember one year being especially tough for me emotionally, and I was home to lament with Dad. He left the house for a bit, and when he returned, he waltzed into the family room, grinning ear to ear.

In one hand, a book. In the other, the smallest guitar I had ever laid eyes on. 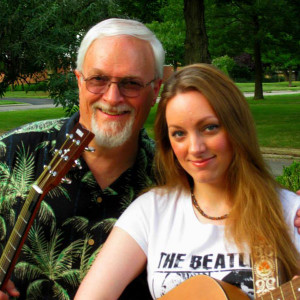 Rebekah and Dad with their guitars

He dropped them both in my lap. Mel Bay’s You Can Teach Yourself Uke, the cover read.

“It’s a ukulele!” Dad exclaimed. “It has a really cool timbre, and sounds great paired with acoustic guitar. Plus, it’s much smaller and easier to play. Look, only four strings instead of six,” he remarked, pointing to the fret board.

Now here is where the story gets good…

I practiced for weeks on that little “uke.” Then one day, Dad handed me his Seagull acoustic guitar and advised me to use the same finger positions I already knew for ukulele. It was like magic!

Within minutes, I was strumming out a simple song. I was finally playing guitar! Within a couple hours, I began to connect the notes and chords from that little ukulele to Dad’s guitar. And then it hit me, it was his plan all along.

Dad knew I could play guitar, I just needed to start with “training wheels.”

I guess it takes a father to teach us such lessons, even into our adult years. Dad eventually gave me that same Seagull acoustic guitar. I still have it, and always will.

Today, I am an artist as well — painting, creative writing, the power of music, and inspired living. It’s all on my blog, and it’s all inspired by my dad — the man who taught me:

You are never too old for training wheels! 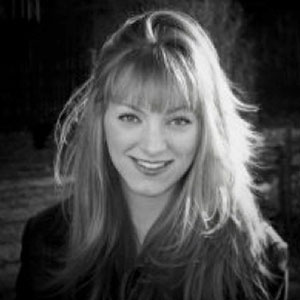 Rebekah is the author of an inspirational website called We Live Inspired! She is pursuing her dream of having her first book published. She also has been working from home for the past five years, with a going green wellness company, where she has coached many women and families on how to make an income from home. Rebekah enjoys selling her artwork and hand knit items on the side.