“Momma always said, ‘There’s only so much fortune a man really needs, and the rest is just for showing off…'”

Today’s story is from David Hirsch. 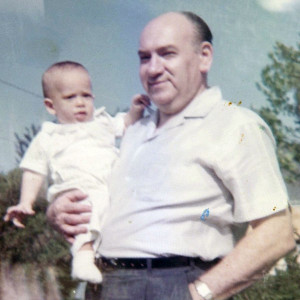 Sometimes in life, the one we call Dad isn’t our real father. For me, “Dad” was my grandfather, Sam Solomon. He was my greatest role model, a trusted confidant, and my best friend. He taught me by his example many lessons about fatherhood.

Sam and his older brother Joe owned a chain of pharmacies in Chicago, during prohibition and through the 40’s, known as Solomon Bros. Drug Stores. Officially retired at 45, his work was far from complete. He went on to serve as a volunteer pharmacist for an additional 45 years. A man of great humility — he kept just one nice suit for special occasions.

My first real lesson in values came when I was 26. As his first grandchild, I was determined to retire early, just like Gramps did. My first $100K by the age of 26… a promise to myself. And I kept that promise. 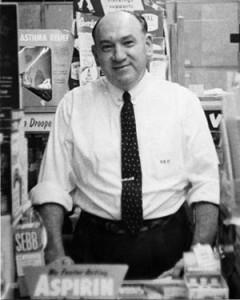 My first purchase? A Jaguar XJ-6. Grandpa would be impressed. I drove straight to his place the day I bought it. “So, what do you think? Beautiful, right?” I gleamed, expecting approval.

“Yeah, it’s nice.” He replied. Nice? Not the enthusiasm I’d anticipated. No sweat, a quick test drive would do it…

“Let’s take a spin, you’re driving,” I said, offering him the key. He glanced at my outstretched hand, then up at me. His face became serious, a look of disappointment reflecting concern. “David, a car like this is made simply to impress.”

“But Gramps, I’ve worked hard to succeed. I want others to know.”

What he said next was one of my life’s most important lessons. While I’ve forgotten the exact words, the message is spot on.

“A foolish man will find himself as a reflection in others; a wise man will simply look in the mirror.”

He didn’t say another word. Gramps just turned and walked back into his apartment.

I was crushed. Embarrassed. Confused, too. But it was a turning point for me. While I kept the car for a few years, I looked at things differently from that day on. 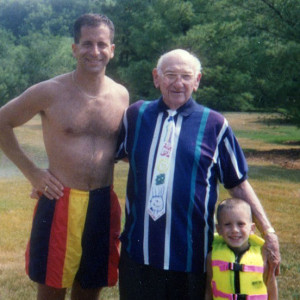 Years later, after witnessing him recognized by Illinois’ Lieutenant Governor as one of the state’s Senior Volunteers of the Year, I went on to create Illinois Fatherhood Initiative, the country’s first statewide nonprofit fatherhood organization. Within six months of creating IFI we had the good fortune of making an appearance on the Oprah Winfrey Show to share our story.

I doubt that Gramps ever bought a new car, not once in his life. But he went out of his way to make a difference in the lives of countless others, including paying for a relative’s wedding that they couldn’t otherwise afford.

When people asked why he was so humble, giving and uplifting to others every single day, he would joke, “It’s in my blood… I’m B positive! “

Gramps died in 2001 at the age of 93. He had the same birthday (and as it turns out, blood type) as his first grandchild (me). Coincidence? We think not.

His spirit is exemplified in what I do — 4fathers.org, TeamDad.com — and our newest campaign, The Father Factor. Connecting children and fathers is meaningful work, modeled after…

Sam Solomon, my granddad… a very wise man who could look proudly at his reflection in anyone’s mirror. 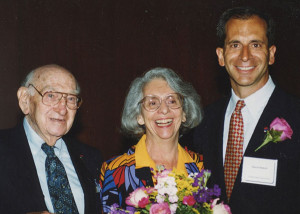 David Hirsch, a Chicago area father of five children, is a passionate and outspoken advocate for responsible fathering. He is a valued Savvy Dad friend, and the founder of ‘Illinois Fatherhood Initiative’ (4fathers.org), CEO (chief encouragement officer) of ‘TEAMDAD’, creator of the ‘Great Dad Coin’ and ‘The Father Factor’, which is an Indiegogo campaign: The Father Factor