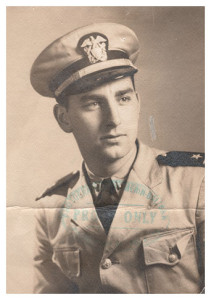 My father was a self-made man. Growing up during the Depression was a great challenge and blessing for him.

His father, my grandfather (who I never met), was a blind doctor. He made house calls in exchange for eggs and fresh produce. I’m always amazed how this man’s diligence and grit rubbed off on my father.

My father told me of the days he hunted for squirrel and rabbit so they could supplement their meals. He worked before and after school. The family lived a very frugal and controlled life — as my grandfather didn’t like to have his children leave the property much or be out of his control.

After putting himself through college on a track and football scholarship, he then attended Officer’s Candidate School at Notre Dame (the class behind JFK) and became a PT boat commander — patrolling in France, Italy, Africa, Corsica and surrounding areas. He thrived in these circumstances. 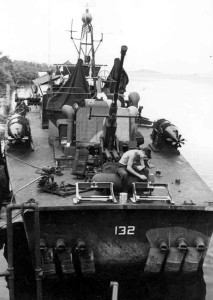 After the war he began in sales, moved up the ranks, and then after 20 years became a senior executive with a major packaging company (Hoerner/Waldorf). Then through real estate, banking, start-ups, and other projects he made enough money to retire early and focus on civic duties.

In his mid 50’s he focused his life on political campaigns including State Senate, U.S. Congress, U.S. Senate, and Presidential (Nixon, Ford, Reagan, Bush, Bush). He was the Finance Chair for the Republican Party for many years.

I have some great memories with my father: attending a White House dinner with President Bush (Sr.), hearing stories of his experiences during the war, like meeting with Winston Churchill, his pet monkey, and his adventures throughout Europe.

In essence, my father succeeded at just about everything he did. He was a marvel to me as a boy. Big, tall, Hollywood looks, strong, stern, and powerful!

But… he was an unhappy man.

It seemed no amount of money, power, or accomplishment could compensate for relationships lost at home. Intimacy was scarce. We had an unstructured family with only rare moments together.

As a family, we had resources, but little bonding. It was different with Dad and me — we were as close as a father and son can be. Why? Because I worked hard to make that happen — out of love, respect, and my deep desire to make him a happy man.

In his last months of life, we spoke often about all of his worldly success, and the clear message was:

All of the money and success in the world is bull@#$# — that the real success in life was to love and to be loved.

My father, in his last days, helped me understand that while it is important to make your mark in the lives of others and the community, you can never do this and be truly happy if it costs you your family and the relationships that are most important to you. This lesson will not be lost on me or my family — whom I seek every day, to serve and to love.

We are a system and we must be fed everyday — physically, emotionally, mentally, philosophically, spiritually, and socially.

Learning together, having fun together, exploring life’s lessons together, supporting one another through our individual and collective journey, is perhaps the greatest gift we can ask for. I believe that doing family right is the fundamental test, but more importantly, the fundamental gift of life. It is our entrance exam for the life to come.

And while I have the same passions and ambitions as my father, I’m seeking to learn from both his successes as well as his admitted failures. May I succeed in this quest and find that balance that is, indeed, quite a challenge. 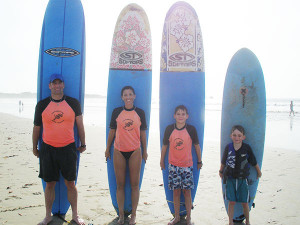 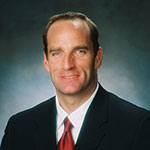