“Trust yourself. You know more than you think you do.”

I was lucky growing up. I had a really great dad. But there was another man who treated me like a son. His name was Gary. 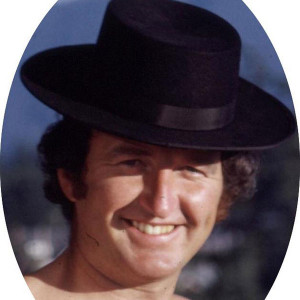 My other dad, Gary

Back in 1992, I was 14. Gary promised to help me build a new skateboard ramp. We were at Home Depot, buying wood and supplies. “Brian, go grab a left-handed hammer,” he said.

Hundreds of hammers hung in long rows. Left-handers? None were labeled that way. Hmmm. I tried one, then another, about 50 more. Swung each both hands. Which felt best? It was close, but one felt more right (in my left).

When I found Gary, he shook his head, “No, this hammer’s not a left-hander. Come on, Bri, if we’re going to build the ramp, we don’t have much time.”

“They must be out of left-handed hammers! I looked at them all.”

On the way home, we stopped at Ace Hardware a few blocks away. “Go see if you can find one in there,” Gary said. He shoved $20 in my hand.

I scoured the store. I asked. “Nothing like that,” the man said. I jumped back into the car without a word.

“They don’t have left-handed hammers either,” I huffed.

A few more miles. Gary pulled into a Safeway.

“No way,” I said, “Not again.” I thought, if he wants a left-handed hammer, he can get it himself. I threw the crumpled $20 in Gary’s lap and stared out the window. A minute went by. We sat in the lot.

“You’re old enough to know what people say may not be right. They could be mistaken, or purposely pulling wool over your eyes. Your gut said left-handed hammers sounded ridiculous, right?”

I nodded. Gary then said one of the smartest things I’ve heard in life.

We went home and built that ramp… with the “left-handed hammer” he had in the garage.