It’s painful to recall that icy-cold night when Mimi so hopelessly cried. And, a father who acted so badly.

It was the winter of ’63. I was 15. Chubby asked if I’d like to sit in on one of his new agent real estate training sessions. He held them three nights a week in the conference room at the office.

What “boss’s son” wouldn’t? This would be totally fun. Soon I would learn, actually not.

Every new agent attended. A doctor’s note was your only excuse. 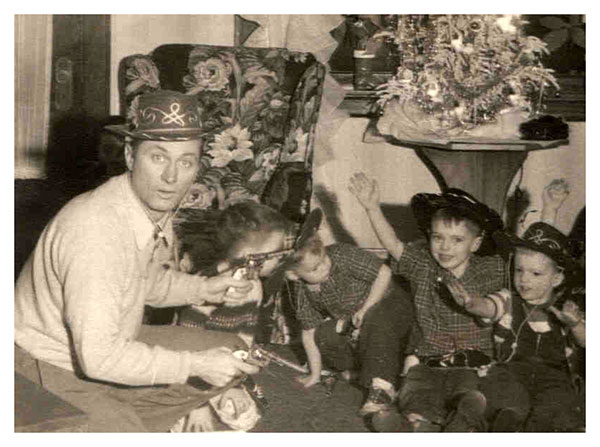 Chubby started the evening by calling on a sweet, middle aged, soft spoken lady named Mimi. He asked her to stand. “Mimi,” he said, “Give us the definition of real estate.” She did. It was totally right, just not word-for-word perfect, what I came to call “Chubby-Right.”

“Mimi, do it again and do it just right,” Dad ordered with a sudden harsh tone. She did. It was perfectly right, just not word-for-word perfect; Chubby-Right.

It was like the movie “Groundhog Day.” Over and over she tried, over and over he replied, “you will do it just right, or we’ll be here all night.”

I was aghast. I looked around the room. The trainees were petrified – about to pee in their pants. Who would be next? Might I? You’ve heard the phrase “the fear was palpable.” This was much worse.

It went on and on, and on. Mimi’s soft face was shiny, beet red with floods of big tears streaking her cheeks. Her eyes were aglow with perilous fear.

I was horrified. I was embarrassed. Chubby wouldn’t let up.

Then, abruptly it came to an end. Dad’s face turned suddenly warm. His piercing blue eyes deepened in tone. He pulled out his hanky, strode into the room, and walked over to Mimi.

He gave her a hug, wiped her moist cheeks, and respectfully said, “Mimi, I won’t say I’m sorry, because I’m honestly not. This business is frequently rotten, brutal and terribly rough. You are the kind of person we desperately need. But, to show us the way, you’ve got to be brilliant. You’ve got to know everything perfectly. Let’s try it again tomorrow night.”

With that, Chubby turned to the class and casually said, “Tomorrow: perfect and right.”

Out in the car I didn’t say a word – no clue what to say. After a moment, Dad spoke these life changing words, “Greg, people will count on how well you know. Most of the world learns mushy and weak. Please son, don’t march to their beat.”

Mimi made millions and rose to the top. She strove to know everything perfect and right; what we together, affectionately called “Chubby Right.” She stood by Dad’s side till the day that he died.