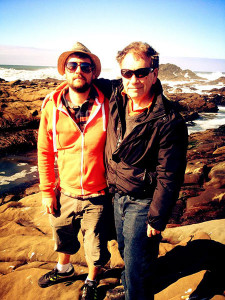 I was sensitive, pensive and awkward, the polar opposite of Dad. In fact, I spent most of my childhood thinking I was a disappointment to him. Unlike me, my father was a tough guy, a character. People laughed at his jokes. They listened when he spoke. END_OF_DOCUMENT_TOKEN_TO_BE_REPLACED