Wealth. Access. Status. Options.
Kids of fame have it made.

“Happiness resides not in possessions, and not in gold, happiness dwells in the soul.” –Democritus 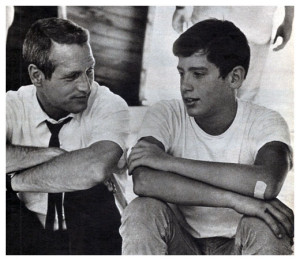 Paul Newman is remembered for much. Star of the screen. Stunning good looks. A 50-year marriage. “Newman’s Own” foods.

Scott, Paul’s only son, dwelt in the darkness of his father’s shadow. Joanne Woodward, Paul’s second wife and Scott’s stepmom, commented, “When the kids go anywhere with him, they can be pushed aside by fans, as if they don’t count, as if they’re nothing in themselves.”

A friend observed, “He was always competing with his father’s image.”
END_OF_DOCUMENT_TOKEN_TO_BE_REPLACED