“What you do speaks so loud that I cannot hear you speak.”

Today’s story is from Art Ernst.

During the Great Depression of the middle 1930s, my dad and his brother, Roy, decided to trade a bushel of my Uncle Roy’s potatoes for a bushel of Dad’s apples when they ripened. 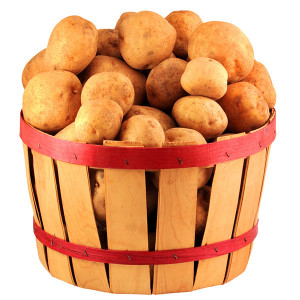 After visiting Uncle Roy and Aunt Edith one Sunday, as we started to leave for home, Uncle Roy said “Oh, by the way, I have your bushel of potatoes ready.”

Our car had no trunk so Uncle Roy placed them next to me on the back seat. I observed how clean and large were those potatoes. But, upon removing them from that bushel basket, we found smaller ones in the middle. When we got to the bottom, there was several inches of dirty, dinky little misshapen potatoes.

I could tell that my Dad was perturbed and disappointed, but he didn’t say a word — he just threw those small potatoes over the fence into the hog pen. (They loved them.)

Two weeks passed. Uncle Roy and Aunt Edith were planning to visit us on Sunday afternoon. So late Saturday afternoon, my dad picked a bushel of apples to repay Uncle Roy.

I saw that he was placing large apples in the bottom of the bushel basket. He finished filling the basket with the largest and prettiest he could find.

“Dad, here is our chance to get even — why don’t you put some small apples on the bottom like he did those potatoes?” 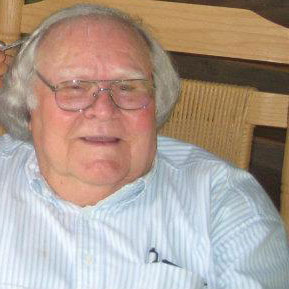 I learned much from that example. So did my brother, Lloyd, who also witnessed that exchange between Dad and me. In later days, whenever Lloyd or I were buying grain from each other, we always scooped in a few extra shovels full.

We had each learned “how to be a brother.”

“Few things are harder to put up with than the annoyance of a good example.” —Mark Twain

Art lives in a retirement home in Nebraska with his wife of 57 years, Jane. Art is a former Methodist Minister who now enjoys writing poetry and visiting with his three children and seven grandchildren.