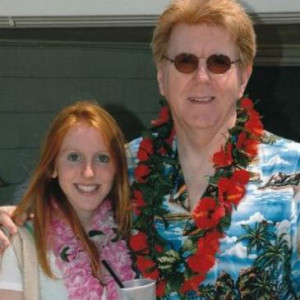 Even when I’d give my parents the wrong pick up time, they figured it out, and often arrived ten minutes before the end of the event. This cut into the last few songs of the night, just when my friends and I had finally racked up enough courage to ask boys to dance.

One night, my parents arrived at the dance fifteen minutes early. They sat high up in the gymnasium bleachers for a perfect view of us awkward dance attendees. They smiled and waved to me on the floor.

Moments later, a boy I had a crush on asked me to dance. Because my parents had already spotted me, and were watching my every move, I turned the guy down. I felt bad, not just for the boy I’d rejected, but for myself. It was extremely rare for me to be asked to dance.

On the ride home that night, my mom asked my friend, Crystal, and me, “Were there any cute boys there tonight?” Mother did this after every dance, provoking the standard eye rolls from the both of us.

This time, however, I followed up with a confession. “Well, there was a boy I liked who asked me to dance, but you and dad were right near us, so I said no.” At that, my dad slammed on the brake, turning around to look at me.

“A nice boy asked you to dance and you rejected him? That’s the worst thing I’ve ever heard! Do you know how fragile the ego of a middle school student is? I bet he’s home crying right now.” 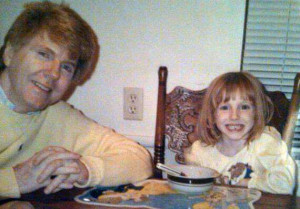 “What was I supposed to do? You shouldn’t have been in the gym!” I fired back. “Stop going to my dances.”

“Way to go, Laura,” Crystal joked, but I wasn’t in the mood for kidding around.

“You’re to write that guy an apology note the second we get home. How would you feel if you put yourself out there only to be mocked like that?” my dad said.

I did indeed pen a note, but I never gave it to the boy. Instead, I asked him to dance at the following three dances. When I inquired whether he remembered me declining his offer, he said he didn’t. Figures.

Even though that guy didn’t remember, my dad had instilled a ton of guilt in me. He put me in the shoes of someone who’d been turned away.

I’ve never forgotten how I felt…and how badly I imagined that boy felt. It was a valuable lesson from Dad. While I had every right to say no to that dance, it wasn’t the right thing to do. Why?

Having the right doesn’t make it right.

Thanks Dad.
You were right…and also the kindest man I’ve ever known.

Laura Donovan is an associate culture editor for PolicyMic. She works to expand awareness and media coverage of school bullying and youth aggression.