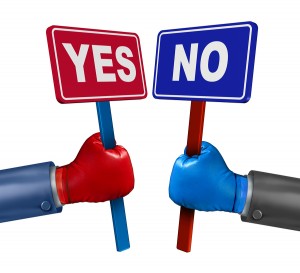 1981. We had just moved from Cincinnati a few weeks before. I didn’t have a clue how to get around this town and knew nothing about the local real estate market.

I needed to get something going . . . quickly. I know it seems hard to imagine now, but back then we barely had enough $$ to exist 2-3 months (and only if we lived really tight).

I knew that even if I made my first sale right away, it would likely take at least a month, probably longer, to close the deal and get paid the commission. If the sale fell through, I would be in serious trouble (you too my sons). There was no time to waste. I was motivated, to say the least.

What did I do? I checked out the for sale “by owner” ads in the newspaper. I figured these were my best chance to list a home “now” and make some fast bucks.

The very first “by owner” ad was at the top of the column, big and bold. It was a house on 82nd St. in Scottsdale. The owner was holding it open that afternoon. So, I decided to give it a try, to talk that seller into listing with me – and to try to get it done before he started the open house so I could take over!

I knew I had to go to the house in person because there was little chance any “by owner” seller would agree by telephone to an appointment with a real estate agent. “By owner” sellers are literally deluged with hungry Realtor calls the moment their ad hits the paper. The only real shot is to show up at their door, ask to preview the house, and then dish out your pitch while they show you around.

I had just joined a real estate firm in Scottsdale.  I turned and asked the agent at the desk next to me for directions to the house in the ad.  I gave him the address.

He instantly got this “are you nuts” look on his face and started to laugh. To my dismay and embarrassment, he yelled out to the other agents in the office (our cheap formica desks were all lined up in one big boiler-like room), “Hey everybody, get this, Hague’s going to try to list Julian Rawl’s house!”

You’d have thought I announced that I would win the lottery or be the next Arizona governor. Everyone started laughing and razzing me.

It was particularly mortifying because I was brand new and trying to make friends (or at least not be a laughing stock). Remember, I had been BMOC (at least in my head) where we came from back in Cincinnati. I was a nobody out here.

Why were they laughing and giving me so much heat?  I quickly learned that virtually every agent in the room had tried to list Julian’s house at one time or another. No chance, no way. He wouldn’t give any Realtor in town the time of day.

Julian was what we call a “confirmed ‘FSBO’ (For Sale By Owner). He was committed to selling himself and saving the commission. When I suggested to everyone that I was going to try to convince Julian to list with me before he held the home open that afternoon so I could take over, they all looked at me like I was 100% looney tunes. . . no doubt they thought, “this poor guy just doesn’t doesn’t get it.”

Have you ever heard the phrase “If you want to motivate someone, throw down a challenge?” That’s how I felt. This was no longer about just getting a listing, I was determined, whatever it took, to get Julian’s listing!

What happened that day taught me a lot. It reinforced some of your granddad, Chubby’s, best lessons.

Little things are everything.

Listing one house may not seem like a big deal to you guys. At that time, to me, listing Julian’s house was the difference between resounding success and abject failure. That day it was the ONLY DEAL, the only thing that mattered.

I’ve learned over the years that this “all in” attitude about every little thing is so important. It really is the accumulation of little wins that make big wins.

This applies to so many things, like checking and rechecking every email you send for spelling, grammar and how it will affect the reader – and being sensitive to every nuance inherent in every word you speak.

Your brother, Corey, always asks that I write about practical principles he can apply today. He despises what I call “oatmeal” – namby-pamby goop – words without brevity, clarity, focus and applicability.

Well, you can each apply this lesson today. Ask yourself, “What little things can I do today that will matter tomorrow?”

How you dress. How you groom yourself. The car you drive. The way you carry yourself. How you shake hands. The sparkle in your smile. How many hugs you give your dad.

For me, one of those little things is taking the time to write these messages to my sons. I know I’ll look back as a dad and be glad I did.

When you look back you’ll see that “little things meant everything.”

If you expect it, you’d better believe it.

I honestly believed that I could persuade Julian to list his home with me when no other agent could, many with prominent names and years of local experience. I don’t know why. I just did.

Pretty presumptuous of me; I know that. After all, I was a new guy who didn’t know the market (or even how to find the darn house). Still, I just knew I could get it done.

It wasn’t just the money. I could visualize Julian’s address on our office “listing board” with my name as the victor. In my mind’s eye, I could see the look on everyone’s face.

I could even hear them talking among themselves when I wasn’t in the room, “How did he do it?”  I could sense the respect that would suddenly come my way. To the core of my soul I believed I could do what they couldn’t.

This is a biggie. All the great sales trainers- Harvey Mackay, Dale Carnegie, Tom Hopkins . . . they all built successful companies utilizing this principle. Harvey has a book chapter entitled “Never Say No For The Other Guy.”

The point? Don’t presume “no” by failing to ask. Have the courage to try.

Corey, make an offer to buy one of those national “big guys”. No matter how many millions they want, if the deal’s right, we’ll get it done.

Not one of those firms could have done what you and Bill did with Flexground in such a short time. You guys are rock stars in your industry. . . now go out and own it.

Jason, don’t do a thing. You’re so super-savvy, “all in” hard working, dependable, trustworthy . . . and so good with people that I don’t want you to get gobbled up as the consigliere to some billionaire – I want you for me! I’d be proud to have you in charge of any company I own. Be assured, there aren’t many people I’d say that about.

Brian, get your music out to every singer, producer, agent, (anyone who might write you a check). Even if they propose a deal you don’t want, give yourself the opportunity to say no.

Your stuff is so darn good. I still listen to Go Gettas and Crazy Man’s Blues virtually every day . . . not just because they’re yours, but because I flat out love those tunes and the messages they stand for. Those songs deserve a shot at the moon.

Casey, the biggest and best law firms in CA & AZ don’t have a clue who you are . . . or what you can do. They don’t know the connections you have and how good a lawyer you are. They have no conception as to the difference you can make for their firm.

Get your butt in the door and go for a six figure salary . . . get in their face and make ’em say no to your face. I’ll bet one says yes.

Now, back to that listing on 82nd St.

What happened? Julian was one of the toughest, brusquest . . .  It started REALLY BAD . . .

Sure love my savvy sons.