“I’m often asked what it’s like to be Conway Twitty’s son.”

Today’s story is from Michael Twitty.

Country music icon. Thousands of performances. Millions of fans. Folks look at me with pity or awe. Awe, because I’m a Twitty, after all. Pity, because everyone knows famous musicians don’t have much time for their kids. It’s true. 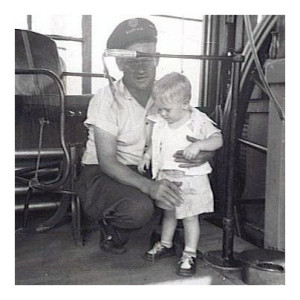 But don’t feel sorry for me. Growing up, I had three dads — not one. Papaw (Dalton Floyd Jenkins), my granddad, he was a steamboat captain on the mighty Mississippi. My uncle Howard was also there for me. And Conway, my natural dad.

When Dad was on tour, he would call every day. But he arranged more than a chat on the line. When Dad was away, I had Uncle Howard and Papaw for play.

All three dads were southern gentlemen through and through. And from my three dads I learned to be one too. To ladies, I tip my hat. I open doors. ‘Yes ma’am’ and ‘no sir’ to strangers and elders. 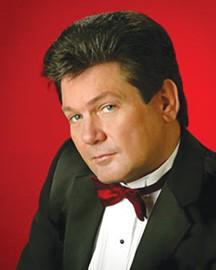 My three dads all loved their kids, to fish, to hunt, and of course, the guitar. They knew the power of a man’s word. ‘I’ll always be here — even when I’m not.’ That’s what my father said. Conway Twitty was a man of his word.

Because of my three dads, I’ve never been totally alone. But one went away, way too soon. Dad died in ‘93, unexpectedly. ‘He left me’, I thought — but he didn’t, I’ve learned. I feel his presence every day. Through his music. But it’s more.

It started with a vivid dream the night after he died. When I awoke, his cologne was all over me. English Leather. So strong it made me dizzy. I never liked the stuff — there was never a drop in my house. It was a message. Dad was right there.

Remember our first story about Conway Twitty? His son shared a private moment with Dad. They talked about loss… losing your dad, how sons deal with that. And how Conway would always be there. He’d never leave Michael.

“That’s My Job” — it’s a story in song about fathers and sons, loss and love. Conway recorded it in ’63. Conway played it for Michael before he recorded it. That special night, he made a promise. ‘I’ll always be here — even when I’m not.’